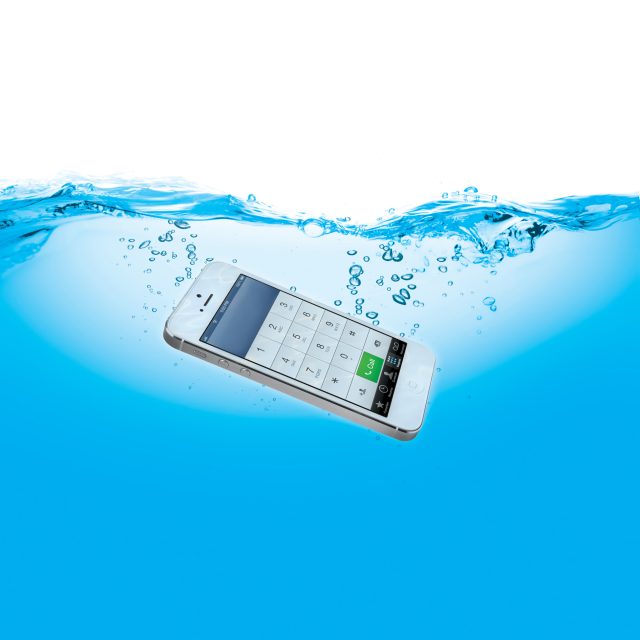 Kensington has unleashed a slew of products for mobile phones and tablets, helping to protect these valuable electronics against power and device loss, plus accidental damage, when people are on the move.

As the summer arrives and people venture outside, so their reliance on mobile devices increases. While out and about, when a smartphone or tablet runs out of power – or even worse, sustains water damage – this has an impact on our daily lives.

Thanks to the set of innovative and affordable products in its new 360-degrees of protection line-up, Kensington is making it easier to keep mobiles safe, dry and powered up while on the go. With solutions for battery charging, water damage, protection against loss or theft and even an easy way to locate a mislaid device, Kensington has the broadest range of protection accessories for essential electronics.

KeyCover’s Got Your Corners Covered

Protecting your device from accidental bumps and scratches while on the move is a must for any iPad owner who ventures out of the house with their tablet. Kensington’s new KeyCover Hard Shell Keyboard for iPad combines a protective, stylish aluminum case with the productivity of a wireless Bluetooth keyboard, ensuring that the iPad is not only protected on the move, but more usable, too.

Featuring high-performance keys optimized for the touch typist, the KeyCover also features built-in protection to shield the iPad Retina display from scratches. Compatible with iPad 4 gen, iPad 3rd gen or iPad 2, the KeyCover works in either landscape or portrait modes, for hands-free viewing of videos, movies and games.  KeyCover’s clever hidden pop up stand also allows users to use the iPad’s on screen keyboard, by propping the iPad at a comfortable angle for typing, a feature that is ideal for commuters working in tight spaces. The KeyCover Hard Shell Keyboard for iPad is priced at EUR 79.99.

EVAP Gets It Dry

Nearly one-third of smartphone owners in the UK reported water damage to their devices in a recent report. Of those, almost half have accidentally dropped their smartphone in the loo. Other reported causes of water damage to devices include falling into water with a smartphone in a pocket, inadvertently putting the phone through the washing machine, carelessly dropping the phone in a cooking pot in the kitchen or accidentally spilling drinks on smartphones. Since water damage can be detected by manufacturers and is not repaired under warranty, these common accidents are a costly mistake.

Although there are many possible remedies for water-damaged smartphones listed online, many untested urban myths and can actually result in permanent damage to the phone. Among them:

Now Kensington has come up with a better way of rescuing a device from death by drowning. The innovative new EVAP Rescue Pouch safely removes moisture from soaked electronics, and has been shown in lab tests to save up to 90% of water-damaged devices. The EVAP pouch features a moisture-wicking silicon lining to safely absorb moisture. The EVAP Rescue Pouch is priced at just EUR 19.99, less than a 20th of the cost of replacing an expensive smartphone.

Should a device get waterlogged, then after drying off excess moisture from the outside, the soggy smartphone is placed into a pouch for up to 48 hours, while all the moisture inside is drawn out via silicon. Once all the moisture has been extracted, the built-in indicator on the bag changes color, providing notification that it is safe to open the EVAP pouch, remove and power on the dried-out and completely moisture-free device. .

Introduced to acclaim at CES 2013, Proximo is an app-enabled proximity monitoring system that empowers iPhone 5/4S owners to know where their smartphone, keys and valuables are at all times. Proximo delivers a unique way to track multiple valuables with a last-seen map pin-drop feature, an active proximity dashboard and extended battery life on both its Fob and Tag.

Kensington recently extended the range to Android devices, introducing a new Proximity Tag for Samsung smartphones and tablets including the Samsung Galaxy S3, Samsung Galaxy Note II & Samsung Galaxy Note 10.1 models. The Proximity Tag and free Android app combine to locate a tagged item such as a handbag, key-ring or purse, while a proximity alarm provides instant audible and haptic notifications when the tag is separated by more than a few meters from the smartphone, helping to prevent valuables from being lost or mislaid.

With a Proximo Fob Phone and Key Finder for iPhone set pricing starting at EUR 49.99 and the Proximity Tag for Android at EUR 39.99, Kensington is providing an affordable and convenient automatic early-warning system against opportunistic thieves and forgetfulness. Proximo ensures that keys can be found even in stressful situations like running to catch a plane, and helps ensure that smartphones aren’t forgotten on charge in a hotel room or meeting.

Feel the Force with PowerWhiz

Recharging a mobile device battery on-the-go can be a challenge: charging kiosks and receptacles at airports and coffee shops are few and hard to find, while charging devices in a hotel brings the added risk and inconvenience of accidentally leaving a smartphone or tablet behind.

Kensington has a new solution for people who would rather not hang around in public spaces just to use the wall charger, or charge their phone up from a stranger’s laptop. The new range of Kensington PowerWhiz devices are smaller and more convenient than ever and provide an unrivalled choice of in-car or in-seat charging options.

With PowerWhiz, Kensington has focused on also solving one of the biggest frustrations with battery-powered devices: charging time. PowerWhiz beats the trickle charge delivered by most adaptors, detecting the device amperage and safely delivering the maximum charge required, to ensure the device is ready to go faster than ever.  The versatile and easy-to-use PowerWhiz is ideal for charging a single smartphone at home or two high amperage tablets from a single car power outlet.