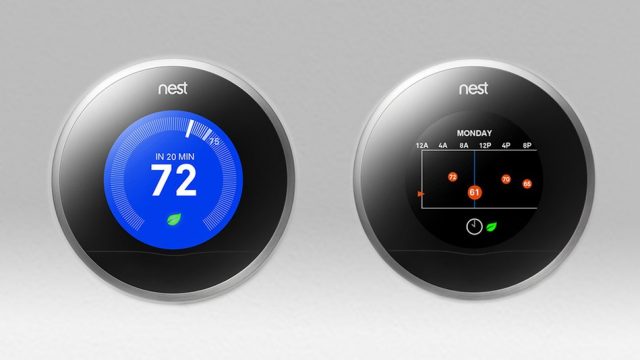 Google has acquired smart home device manufacturer Nest Labs in a bid to move into the consumer smart home market. The search giant bought the company for $3.2 billion.

Fadell worked as part of the team at Apple that created the iPod and iPhone. The firm launched its an energy saving smart thermostat the following year.

The Nest thermostat works by learning when homeowners are in or out and adjusts the heating accordingly. The device can be controlled from an iPhone or iPad.

Last October, it launched Nest Protect, a smart smoke and carbon monoxide alarm that speaks instead of being loudly.

“They’re already delivering amazing products you can buy right now – thermostats that save energy and smoke/CO alarms that can help keep your family safe,” Google CEO Larry Page said in a statement. “We are excited to bring great experiences to more homes in more countries and fulfil their dreams!”

In a blog post  Fadell said that the deal meant that Nest would stay as it is.

“We will continue to reimagine and reinvent the unloved products that proliferate in our homes, just as we have since we started. We are simply going to get our products into the hands of people around the world – faster.”

Fadell said the deal with Google would help the company “fully realize our vision of the conscious home and allow us to change the world faster than we ever could if we continued to go it alone. We’ve had great momentum, but this is a rocket ship.”

Nest confirmed that the acquisition by Google would not affect integration with Apple and iOS products going forward.

Google expects the deal to close in the next few months.