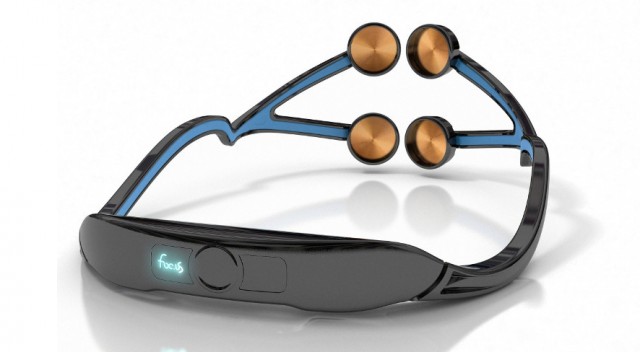 Overclocking. Most gamers like to do this with their PCs to squeeze the last bit of performance out of them for that new game they have. Up until now this is been all about the silicon-based hardware, but what if you could overclock your own brain to make it faster.

Foc.us with its tDCS gaming headset claims that it can do just that. The headset uses a technique called transcranial Direct Current Stimulation (tDCS) to increase the plasticity of your brain.  This is says will make your synapses fire faster.

In other words, it passes a current through your skull and across your brain. This is said to improve your focus, reaction time and ability to learn new skills. While primarily targeted at gamers, this device aims to help you overclock at just about everything.

The current passes from anode to cathode on the headset and these are placed over the pre-frontal cortex part of your brain. This passing of electrons through the brain should, by all accounts, make your neurons more excitable. When the current is removed, the neurons are claimed to have additional neuroplasticity.

At £179, the headset is squarely aimed at adults with a bit of cash (in fact the manufacturer warns under 18s against using the device). The headset itself doesn’t look too dissimilar to wraparound Bluetooth headphones. The headset comes in a stylish box also containing eight reusable sponges, a micro-USB cable, a manual and warranty booklet.

Once the electrodes  (there are four of them) are placed correctly (just over the eyebrows), the headset delivers around 0.8 and 2.0mA of current. The setting for gamers is about 1mA for five minutes. The timings can be adjusted for up to 40 minutes.

The headset uses Bluetooth 4.0 to communicate with most iOS devices (iPhone 4s or higher, iPad 3 or higher or iPod Touch 5th generation). An Android app is in the works but with no news of when that will see the light of day. The iOS app could do with a bit of polish but the manufacturers are aware of this and say a better version is in development.

To start the process. We started the app and placed the headset in “ready” mode by touching the buttin on the headset for three to four seconds. Touching Bluetooth at the bottom of the app screen should show the headset. Once that appears we touched connect to pair the two devices.

Once that is done, we tapped the current slider to change the current level. Afterwards you can adjust the duration of the current. There are modes that the headset can deliver current; continuous, pulse, sinus, noise and fake. Once that’s selected, the session starts.

During the session, we noticed a tingling sensation, but not unpleasant, just weird. It feels a bit like one of those pads you can use to alleviate pain by running current over the affected part. After a while our forehead started feeling a little sweaty.

Over the last few days we have been regularly using the headset. While we can’t conclusively say it has improved the speed of our brain or whether it has improved game play, it may will do with continued use.