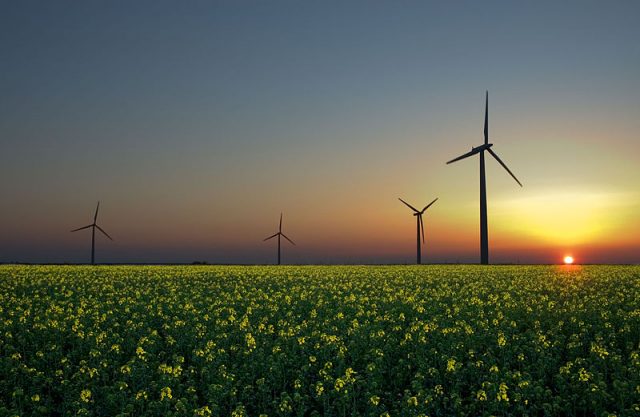 Amazon is one of the least environmentally friendly technology companies, according to a new report by Greenpeace.

Its latest index of technology companies found that Apple, Facebook and Google are leading a growing number of technology companies that are working to power the internet with 100 per cent renewable energy, while Amazon with its cloud computing offshoot, Amazon Web Services is powering its datacentres with polluting energy sources that contribute to global warming.

The report, titled Clicking Clean: How Companies are Creating the Green Internet, said that if the internet was a country, its electricity demand would currently rank sixth, according to the report. Estimates from the industry expect internet data to triple from 2012 to 2017.

“Apple, Facebook and Google are powering our online lives with clean energy, and building a greener offline world for everyone in the process,” said Gary Cook, Greenpeace Senior IT Analyst. “These companies have proven over the past 24 months that wind and solar energy are ready and waiting to power the internet, and the rest of our economy, with clean electricity,” Cook said.

The charity looked at the energy choices of 19 leading internet companies, surveying their electricity supply chains of over 300 datacentres. Five of those companies have committed to a goal of powering their operations with 100 per cent renewable energy.

Apple became the first company to achieve its 100 per cent renewable energy goal to power its iCloud, leading the companies evaluated with its Clean Energy Index of 100 per cent. Apple is operating the largest privately owned solar installation in the US at its North Carolina datacentre.

“Apple’s rapid shift to renewable energy over the past 24 months has made it clear why it’s one of the world’s most innovative and popular companies,” Cook said. “By continuing to buy dirty energy, Amazon Web Services not only can’t seem to keep up with Apple, but is dragging much of the internet down with it.”

Facebook flexed its muscles to push its utility in Iowa, MidAmerican Energy, to power its datacentre there with wind energy. MidAmerican responded by investing $1.9 billion in wind power generation, placing the world’s largest-ever order of onshore wind turbines in part to meet the social network’s demands.

Google has pioneered the use of power purchase agreements for wind energy to provide electricity for its services like Gmail and YouTube.

Google, Apple and Facebook all pushed Duke Energy, the largest utility in the US, to offer new renewable energy options for large electricity buyers in North Carolina.

Amazon Web Services, which hosts a large part of the internet, including popular companies like Pinterest, Netflix, Spotify, Tumblr, AirBnB, Yelp and Vine, currently sources only 15 per cent of its electricity demand with clean energy. Coal powers 28 per cent of the company’s cloud, nuclear 27 per cent, and gas 25 per cent.

Amazon’s growth is fueling the increased use and construction of coal and gas-burning power plants in Virginia, and has jeopardized clean energy growth in Oregon. While companies like Apple, Facebook and eBay have led the broader sector to be more transparent about its energy use, Amazon steadfastly refuses to reveal any details about its energy footprint to its customers or the public.

Twitter also did not share any details about its energy footprint with Greenpeace. The charity said the microblogging site “made no efforts to procure cleaner electricity, in stark contrast to its social media rival Facebook”, according to Greenpeace.

Rackspace and Salesforce joined Apple, Facebook and Google in 2012 in committing to a goal of powering their operations with 100 per cent renewable energy.

Greenpeace assessed colocation datacentre companies, which rent out datacentre space to customers, for the first time in “Clicking Clean,” finding that they use low amounts of renewable energy; most also lacked transparency about their energy footprints.

The green charity called on technology companies to make long-term commitments to become 100 per cent renewably powered and commit to transparency on IT performance and consumption of resources, including the source of electricity, to enable customers, investors, and stakeholders to measure progress toward that goal.