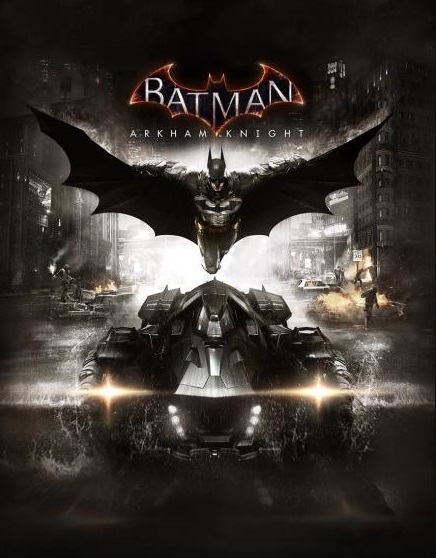 Earlier this afternoon, Rocksteady launched a new trailer for Batman: Arkham Knight showing off the first gameplay footage, including a proper look at the Batmobile.

In case you missed it, Arkham Knight is this winter’s big game, the conclusion to Rocksteady’s Batman trilogy started with 2009’s classic Batman: Arkham Asylum and continued in 2011’s awards-lavished Batman: Arkham City.

The Highgate-based developer has been hard at work on Arkham Knight since finishing Arkham City (last year’s good-but-uninspired prequel, Arkham Origins, was the work of Warner Bros. Montréal and should probably be discounted in the grand scheme of things). The game will be Rocksteady’s new-gen debut, appearing as it is on PC, Xbox One and PlayStation 4.

Rocksteady has confirmed there won’t be a 360/PS3 version, as the vast size of a redesigned Gotham, combined with the complexity of a fully-functioning Batmobile, simply wouldn’t fit on the aging hardware. (Apparently, the Batmobile alone would fill up all the room afforded on 360).

Anyway, the new trailer mainly focuses on the game’s setting, with the Scarecrow emptying Gotham of civilians by threatening a biological attack and Batman tangling with the titular Knight, a new foe invented by Rocksteady for the game.

The swooping round the city/punching thugs gameplay seems to be the same as previous instalments, while the Batmobile, modelled on the Tumbler of Christopher Nolan’s Dark Knight trilogy, looks to add in high-speed sections, including drive-on-the-ceiling antics like that bit in Men in Black.

Look out for Batman: Arkham Knight on October 14. Hey, just in time for Halloween!