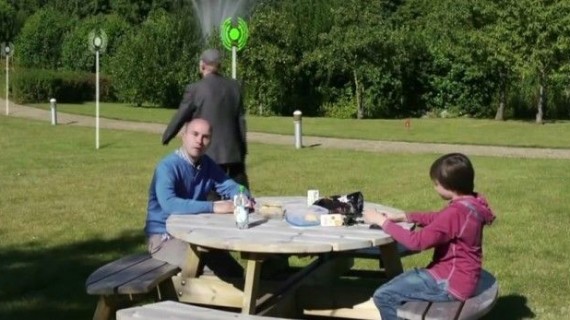 Microsoft has been reported to be working on a device similar to an Alice band that would let blind people “see” things around them.

The Sunday Times has reported of trials taking place in Reading, with eight volunteers using the “smart headband”.

The headband comes with an integrated earpiece that gives information when users look at certain objects of interest.

Microsoft has not given any further details of the headband, beyond the fact that it is not intended as a rival to Google Glass. However, a concept video from 2012, showing a device that can plot a “virtual corridor” for vision impaired users to walk down safely, is believed by some to be related to the headband.

The headband’s been developed as part of Cities Unlocked, an initiative between Microsoft, Guide Dogs and the Future Cities Catapult (a government-backed initiative looking at how to improve cities with “smart” tech).

A spokesman for Cities Unlocked said to the BBC: “We are working together to explore new ideas, approaches and technologies for people living with sight loss to engage in the community and the environment they live in.

“We look forward to sharing more details of the project later this year.”