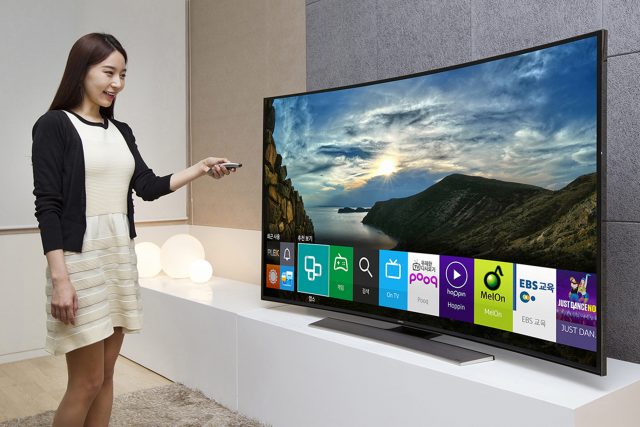 Samsung is to run all its new smart TVs launched this year on a platform built upon its Tizen operating system. The move comes as the firm tries to lessen its reliance on Google’s Android OS.

The first Tizen-powered televisions will be demoed at CES, which kicks off in Las Vegas next week. Currently, Samsung uses Tizen to run its mobile devices, smartwatches and home appliances.

“Building our Smart Platform around Tizen is a groundbreaking step towards a much more intelligent and integrated system,” said Lee Won-Jin, a Samsung executive vice president.”Tizen not only enriches the entertainment experience for our customers today, but unlocks great potential for the future in home entertainment.”

The Tizen powered smart TVs will search for nearby Samsung devices to connect to, to enable content to shared among them. This will also allow live TV to be watched on a user’s home network, even with the TV is off.

“Tizen’s compatibility with other devices establishes Samsung’s Smart TVs as the control center of any Smart Home,” said the company.

Tizen has had a tough time establishing itself as a competitor to Android, iOS or even Windows Phone OS. In July, Samsung said it had postponed the launch of a Tizen-powered phone.