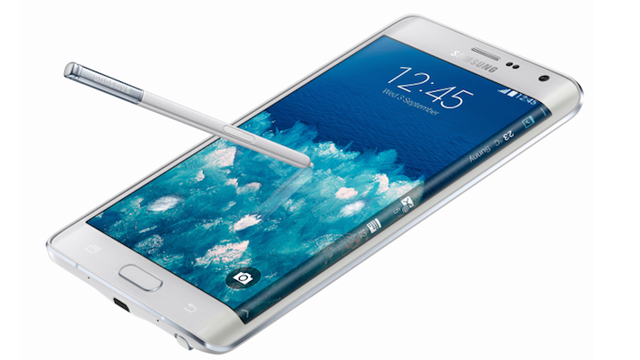 Previously Samsung has made the Note range their big focus for IFA, one of the key tech tradeshows of the year in Berlin. However, unlike Apple who get their brand new handsets to consumers within 10 days of unveiling, Samsung usually make us wait into October for our Samsung Galaxy Note 5 handsets. Likely to be Samsung’s answer to the iPhone 6 Plus, and rumoured to be a spin off from the Galaxy S6 Edge, we could be seeing the first Note with a curved screen. But the main rumour is the predicted first ever 4k display which would boast a 3840 x 2160 pixel resolution. The quality of display would be significantly higher than the iPhone 6 and even the MacBook Pro with retina display. However bearing in mind that the cheapest 4k monitor you can currently buy on the market is over £300, to pack this kind of technology into a smartphone would not only be really difficult, it would cost the consumer a small fortune. Having said that, watching movies on a 4k Note 5 would be nothing short of heaven. Although the 4k resolution would likely steal the headlines if it comes off, you cannot ignore the rumoured power of the Note 5. The handset is predicted to run a gigantic 4GB of RAM which is the same processing power people get on your average laptop or home PC. Increased storage options will allow a hard drive capacity of up to 128GB, which is great news for music and movie hoarders. The Note 5’s camera capability is currently uncertain. With the Note 4 already boasting a 16-megapixel, OIS-enhanced primary snapper, there are currently no clues whether we will see any improvements.

The Note 5 sounds brilliant until you get to its rumoured price. The Note 4 on 2014 launch set people back £629, and the Note 5’s release price is rumoured to be even greater at around the £670 mark. However if you’re prepared to wait a little longer the price will likely crash after the first few months of release.

Not too long to wait?

Samsung is reportedly about to expand its S6 range further by introducing a Galaxy S6 Plus to be released just before the Note 5, so if you’re aching for some phablet lovin -fast – the S6 Plus could be just the thing…