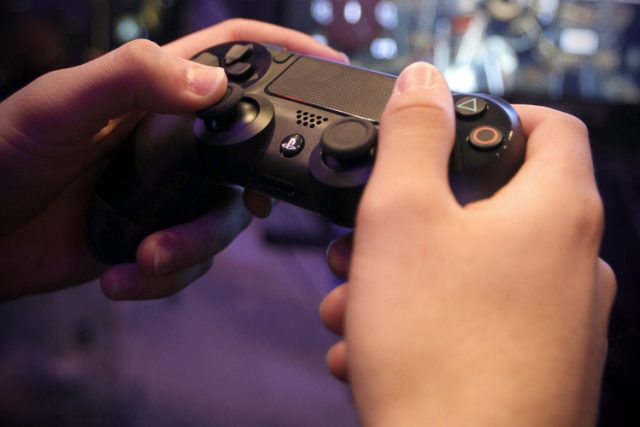 No, it’s not too early. Be quiet. Now that the new consoles have finally begun to bed in and every other release isn’t a quick remaster of a three-year-old game, this year’s Chrimbo line-up is looking to be a particularly delicious vintage. So, to mentally psyche ourselves up for the battering our wallets are about to take, here are twenty-one titles we’ve got our eye on, interest levels varying from “tell me more” to “already camped outside the front of the store”. And hey, one of them’s out tomorrow!

To celebrate 30 years of Super Mario Bros., Nintendo has gone for the inventive concept of releasing a Mario game. SMM, though, as its name suggests, is as much toolbox as game, allowing players to craft devilish courses and send them round the world. It’s infinite Mario, basically. We approve.

Hoping to recover from Forza 5’s mis-step, Turn 10’s latest slice of automobile erotica will offer over 450 cars, including some 2016 models. Wet-weather driving is the big new on-track edition. Advance word suggests this is a considerable improvement over its predecessor.

Arriving a few days after traditional rival Pro Evo, the new FIFA is making itself nice and timely by including women’s teams for the first time, neatly continuing the uptick of interest in the sport following the World Cup. Expect more backroom details such as two-year loans, and if you’re playing on PC, PS4 or Xbox One, a licensed presentation package for the Bundesliga and new weather and kick-off time variations.

Hoo boy. This one could take care of your wallet by itself. Lego’s entry into the preposterously profitable “toys-to-life” sub-genre invented by Skylanders, Dimensions crashes in at £90 for the basic set, which comes with a “portal gateway” (that you build yourself, obviously), Lego figures of Batman, Gandalf and Wyldstyle from The Lego Movie and a mini-Batmobile that you rebuild into different things. Then supplement it with characters and levels based on everything from Doctor Who to Portal 2, with The Simpsons, Back to the Future, Ghostbusters, Scooby-Doo and about a million more inbetween. Then consider a life of crime to fund all these bits of plastic.

Yes, as if Lego Dimensions’ plasticmageddon isn’t enough, rhythm action games are making a comeback to help deplete worldwide oil reserves. First out of the gate is the genre’s undisputed king, Harmonix, with their four-player ultra-karaoke. Expect a doohickey to allow you to utilise your old guitars on your new consoles, and songs from everyone from Elvis to Fall Out Boy. What we want to know is if the inclusion of The Mighty Mighty Bosstones’ ska-tastic “The Impression That I Get” means we’ll have a plastic horn section.

Okay, this one’s a remaster, but it’s three games in one so we’ll let it off. And more than that, it’s the classic PS3 trilogy of action-adventure matinee escapades with more crumbling ruins and dangling trains than you could shake a setpiece at.

16th: Dragon Quest Heroes: The World Tree’s Woe and the Blight Below (PlayStation 4)

Undoubtedly the best-named game of this year (or possibly decade), this swanky-looking action RPG mashes up the button-bashing gameplay of Dynasty Warriors with the setting of Dragon Quest, much in the way the unexpectedly ace Hyrule Warriors did last year. It’s already done well enough in Japan to warrant a sequel.

Where Rock Band goes, Guitar Hero won’t be far behind (two weeks, in this case). Live, developed by FreeStyleGames (the team behind the unfairly under-appreciated DJ Hero titles) offers a redesigned guitar controller, a new FMV graphical style rather than the cartoony look of old, and the intriguing “Guitar Hero TV” app.

Last year’s Unity debacle means that Assassin’s Creed is tipping perilously close to over-saturation, but Syndicate’s Victorian London setting should win over players. The question is, will there not be a Jack the Ripper-themed mission? (Nah.)

Or, if you don’t fancy hidden blades and muttonchops, you could instead opt for Link’s latest jolly, which this time is designed for co-op play in teams of three. Now comes with inexplicable cosplay bits!

Master Chief returns to shoot some more of those there pesky aliens. Online will undoubtedly be as blissful as ever, but the lack of offline split-screen modes disappoints us greatly.

An unusual two-year break for the venerable racing series has resulted in this promising-looking reboot from Rivals developer Ghost Games. An open-world you can apparently play in five different ways – Speed, Style, Build, Crew or Outlaw – the major potential pothole is its always-online requirement which, let’s face it, never goes well. The last SimCity, anyone?

Codblops! We’ll never tire of saying “Codblops”. Anyway, Black Ops III is set in 2065 with supersoldiers gradually taking over from regularsoldiers (as no-one calls them). Expect extensions to the enhanced mobility demonstrated in last year’s Advanced Warfare and everyone to ignore the main game in favour of the Zombies mode, which this year stars Heather Graham, Neal McDonough, Ron Perlman and – yes! – Jeff Goldblum.

Here’s Ron Perlman again! He’s always at pains to inform us that war never changes, but this latest Boston-set instalment in the post-apocalyptic series is having a fair crack. Voiced player characters, power armour that acts like a mech suit rather than clothes, extensive weapon modding, Minecraft-inspired fortress-building – add in yesterday’s pronouncement that $20 will net you a full season pass with who-knows-how-much additional content, expect us to be playing this until the real end of the world.

The sequel to 2013’s unexpectedly ace reboot, Rise tackles the major issue with that game by actually giving Lara some proper tombs to raid. An enhanced crafting system and new weather and day/night cycles require the extreme archaeologist to make protection against the cold, while working to expose the machinations of a company seeking to suppress news of supernatural phenomena such as her Yamato-based ordeal.

Nope, no idea what this one’s about. Wars in the stars, or something? A reboot of the early 00s classic series, with Battlefield developer DICE in the maker’s chair, Battlefront lets you play for the grubby Rebels or well-buffed Empire with online matches for up to 40 players. The lack of a proper campaign mode, though, disturbs us.

Apparently November 20th is the day for rebooting classic sci-fi shooters. Nintendo’s long-overdue return to the exploits of Fox McCloud sees them sharing development duties with the usually-brilliant Platinum Games (Bayonetta, Vanquish). Hopefully Platinum’s rare blip with last year’s The Legend of Korra was a one-off.

Following Avalanche’s well-received Mad Max last week, the team returns to its signature series. Expect even more ridiculous destruction from one-man wrecking ball Rico Rodriguez and his parachute, grappling hook and new wingsuit. You can now tether multiple things together with said grappling hook, which makes us fear for the health of NPCs everywhere.

Even more destruction! Siege may not be quite as over-the-top as Just Cause 3, but given that you’re playing in first-person with a group of friends as either terrorists or counter-terrorists, it’ll be that bit more immersive. This is the sort of game you’ll be breathlessly recounting matches of down the pub to your politely baffled mates.

Not a direct sequel to the Wii and 3DS classic Xenoblade Chronicles, but X keeps its gameplay: a delightfully distinctive mash-up of JRPG style and plotting with western RPG open-world exploration and more sidequests than one human could reasonably handle. X’s gameworld, Mira, is so large that you get a mech suit to help you navigate it. Gulp.

The sixth game in IO’s long-running assassination simulations, dropping the subtitles to indicate its proposed status as the definitive example of the series. Hits are entirely freeform, recalling Blood Money, and since IO doesn’t care for such things as season passes expect any additional content to be added for free.

And there we go. Cast your eyes, plan your purchases and try not to think about how many amazing games are due next year…