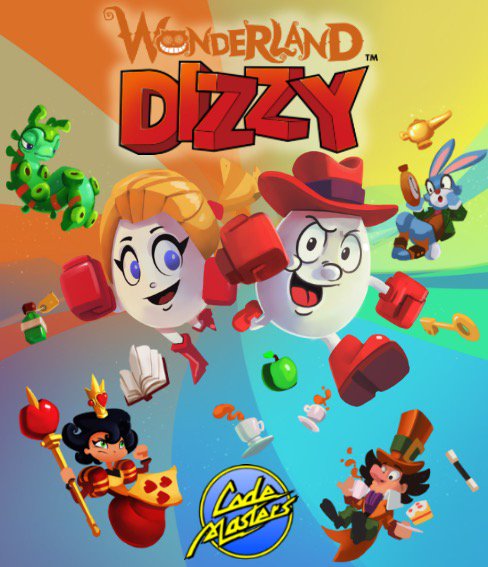 British gamers of a certain, erm, vintage will no doubt have many love-hate memories of Dizzy, the adventurous egg who starred in a series of great but viciously hard puzzle-platformers from the ‘80s to the early ‘90s. Well, now there’s another title to add to the collection.

The series’ creators, veteran coders the Oliver twins, teased a new Dizzy game on Twitter last month. Bad news: it’s not a totally new game, it’s one that never got released when it was originally made. Good news: that means it happily works in browsers, and as such the Olivers have released it for free at this website right here!

Wonderland Dizzy was intended for release on the NES as a remake of Magicland Dizzy, swapping out Magicland’s Sleeping Beauty theme for one based on…well, guess. Sadly, Codemasters, the publishers of the Dizzy series, decided they didn’t want to release it and the game was lost until earlier this year, when the twins turned up a map for it by chance, reminding them of the game’s existence. The original code was duly found and, with the help of a talented Dizzy fan named Lukasz Kir, ported into a browser suitable format. (See this Eurogamer article for the full story.) Kir and the Olivers even found time to smarten the code up a bit, fixing bugs, adding in a “Fun Mode” that gives you infinite lives and popping a hashtag – #ibeatdizzy – in the end credits, that serves towards a competition. How modern.

For the record, we at Absolute Gadget spent slightly too much of our weekend on it, and can confirm that it’s exactly as tricky and addictive as Dizzy games ever were (and the fact that you can play as Dizzy’s girlfriend Daisy in a sort of one-player co-op mode is a nice touch). Fantastic Dizzy’s still the best one, mind.