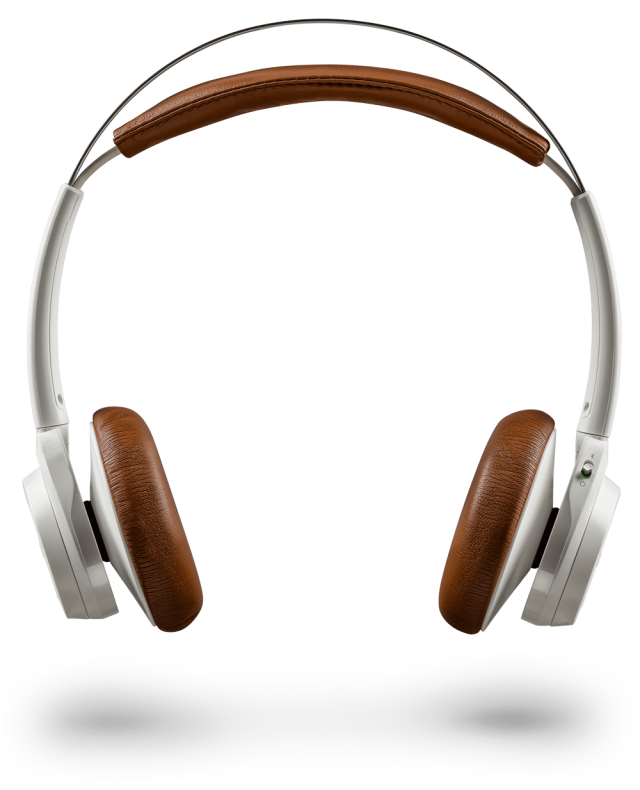 Plantronics may not seem like the kind of manufacturer you would readily associate with audio headphones, but the firm has recently launched a new set of headphones aimed at the audiophile.

The BackBeat Sense headphones are a set of on-ear Bluetooth wireless cans that are light enough to wear almost all day. This isn’t the first time Plantronics has come up with a consumer set of phones. Last year, the firm launched its BackBeat Pro. These sounded great but were heavy and too bulky for your daily commute.

As mentioned earlier, the phones weigh in at 141g, so very light on the ear. The padding is good too, with leather-feel material covering the memory foam pads. The phones sit well on the ears, no pinching or any discomfort.

The pads are attached to a robust plastic headband that lead down to controls on both the left and the right of the cans. On the back of the left pad is a rubber clickable button that has Play/Pause functionality in the middle and skip left and right along the sides. There is also a nodule that can be flicked forward to increase volume and back to decrease it. On the bottom is a red button that switches the music off and enables you to listen to surrounding ambient noise.

On the right pad is the power button which doubles up as the means to take and cancel calls. Underneath this is a 3.5mm jack to connect as a wired phones and a microUSB port for charging.

The phones come with a carry case and a USB lead for headphone charging and an audio cable so you can continue to use the phones should they run out of juice. Battery life is rated at 18 hours of music playback, which is not too bad for Bluetooth headphones.

Connecting the headphones via Bluetooth was easy; just push the power button for a few seconds and a female voice lets you know if the phones are pairing. This uses Bluetooth v4 so can work up to a range of 330 metres away from the source.

In testing the phones, we listened to a variety of music and speech. Speech worked very well for the device. Music that wasn’t too bass heavy sounded great. But more bass-heavy tunes weren’t as good. Not to say this is much of an impediment; if you want a set of cans for bass heavy music then you can get yourself a pair of Beats.

The phones use AptX codec, which helps in getting extra volume from the cans. We also used the device for making and receiving calls. We were impressed by the clarity of the other person’s voice in calls we made. Thanks to the dual microphones, our caller could hear me well too.

If there are any drawbacks it is in the lack of ability to completely cut off the outside world. When using the cans on the tube or the streets, you can still hear the outside world. However, sound leakage wasn’t a problem for me either; colleagues could not hear anything I was listening to.

One good feature of the phones are the when you take them off, the music stops. BackBeat Sense senses when they are not on your head and cuts the music.

The headphones are very comfortable to use and have a lot of features for not just music but for phone calls too. The sound is clear but not for those who like music with a lot of bass.

We found Plantronics BackBeat Sense headphones on Amazon for around £126.