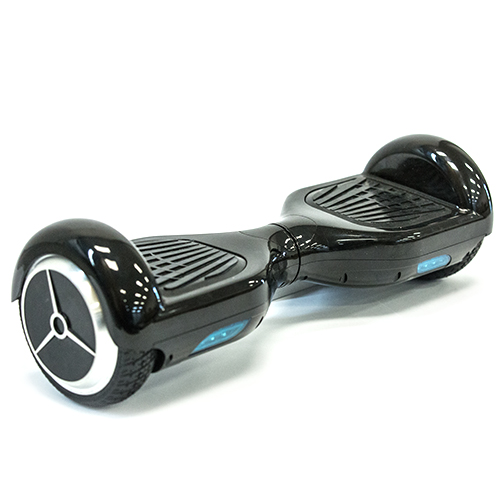 UPDATE: The Smart Glider is definitely the safe, smart option to buy for Christmas this year as UK Trading Standards has warned that thousands of fake hoverboards have flooded the UK market and could be a significant fire hazard.

More than 17,000 fake self-balancing scooters, imported from outside the EU, have been examined over the last seven weeks, of which over 15,000 (88 per cent) failed basic safety checks.

Officers at UK ports and borders have seen a huge spike in the number of these items arriving in recent weeks, destined to end up as gifts under the tree this Christmas.

REVIEW: Swegways, or whatever they get called by the average person on the street (never by any manufacturer and we’re sure that one would love to correct us), may have been given short shrift by the police, but the public cannot seem to get enough of them.

And despite the high cost, they are really quite fun. The Smart Glider is one such example of this new form of personal transport. We have had one of these on loan for review in AG’s office come home and everyone who has tried it, loved it.

The two-wheel electronic balance board does its stuff thanks to its Gyroscope, CPU and Decoder components. It is powered by a 36v, 4.4AH battery which seems to last forever! You can travel as far as 15km on a single charge.

Getting started is a little daunting. You do have to switch it on, you can’t step on and expect it to fire up, ready to go. Doing it without the power is a sure-fire way of falling over. Rather you press the power button and then step on. You still need to do a quick one-two to get both feet on the board quickly, other wise the board starts going around in circles.

If you are a child, you may find it easier to pick up (I’m blaming a higher centre of gravity rather than age for my poor attempts). But once you get the hang of it, moving around becomes a doddle.

Leaning forward makes it go forward, and leaning back makes it go backwards. To turn you simply lean into the direction you want to go. It has a top speed of 10mph, but it is had to get those speeds up around the house.

Out on the street, you can’t get too much speed up because as soon as you hit an uneven surface, you feel it and your natural reaction is to slow the thing down.

The Smart Glider is quite heavy (13kg) to thanks to the battery and priced at £399 (recently cut to £349) it is not light on the pocket either.

That said, it is great fun and if you want a load of fun, you can’t go wrong with one of these.

The Smart Glider is available from Future Wheels (www.futurewheels.com).