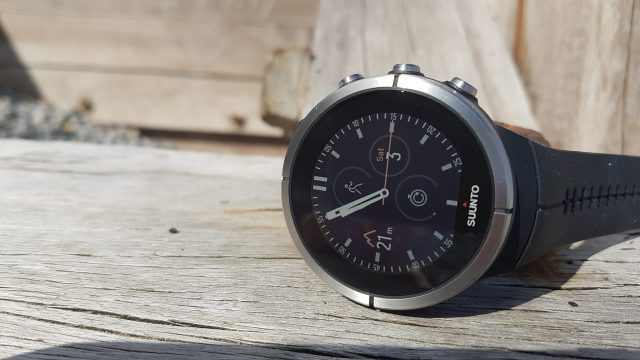 The Suunto Spartan Ultra has been a while coming – rumoured for a while, then marketed heavily, the Spartan line is now Suunto’s flagship set of products, and encompasses a range of devices from the pocket-friendly Sport models, through to the desirable but pricey Suunto Spartan Ultra Titanium models.

Consigned to history are the old Ambits, and literally last year’s news is the ‘Vertical’ model line, both of which the Spartan replaces. So, what does the Suunto Spartan Ultra deliver? It’s intended to be the multisport tracking watch to rule them all, tracking 80 sports straight out of the box, logging GPS tracks, HR data, ambient conditions (via an inbuilt barometer), and providing GPS guidance and mapping. It’s a big spec list for such a small package!

I’ll get this out of the way early, but saying how successful the Suunto Spartan Ultra is at delivering all this is still hard to say, in spite of a UK launch earlier this year, and a UK onsale date of August 15, 2016. I’ll try and explain below, but I’ll be updating my ongoing Suunto Spartan Ultra review throughout the coming months (altitude testing in the Alps coming next month).

Suunto have moved the goalposts by updating not only their hardware (the new watch), but also their online portal, movescount.com, their desktop sync software, and their companion app. The Suunto Spartan Ultra even sports a new magnetic charging clip, a step change from the clothes-peg type device that’s powered their devices for some years. The only thing that hasn’t changed is the external HR belt which is still needed to track heartrate, although Suunto have announced they’ll make an optical HR version soon. The watch itself is a rather aspirational beast, with a LED backlit, colour, Sapphire glass touchscreen front and centre, and a minimalist aesthetic aided by the loss of left-hand buttons entirely, and no external antenna hump (a la Ambit) to get in the way. It’s probably one of the nicest looking sports watches out there, looking more like a high-end smartwatch than a chunky outdoor watch. This smartwatch element is boosted further by the Spartan providing live alerts (emails, texts, missed calls, etc) when paired with the smartphone app – although only the iOS app is currently available, with Android promised in September 2016.

Battery life ranges from 18 to 26 hours, depending on how accurately you’d like your GPS to be tracking, this last being augmented with GLONASS support for better coverage. So far it looks to be more accurate than last year’s Vertical, which is good news. The colour touchscreen may have come later than Garmin’s offerings, but it’s a good un, remaining easily readable and swiping well in wet summer conditions – Suunto reckon it’ll work with light gloves too, which is a bonus.

The new User Interface is particularly easy to navigate, and Suunto’s efforts to de-clutter it seems to have paid real dividends in usability terms. However, many of the really interesting training tools and services (such as touch screen lock, alarm, personalised coaching plans, granular planning, Personal Best flagging, logging and comparisons to name but a few) are still TBC, as you can see here.

In short the Spartan Ultra looks tantalisingly promising, and with a company as experienced as Suunto in delivering wrist-based tech behind it the omens are good. However, there’s still so much left to test it’s not fair to rate this watch yet – keep your eyes peeled for more details as they’re released!

The Suunto Spartan Ultra is available now, from £509.00