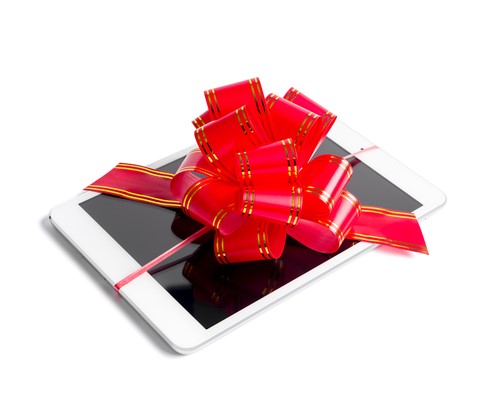 It’s time to start thinking about holiday gift giving. For the technophile in your life, there is a world of new and amazing gifts this year. The hard part is knowing the best resources to find all the cutting-edge gadgets.

Every year at the beginning of January, Las Vegas hosts the Consumer Electronics Show (CES). The CES is where the technological-savvy introduce their best and newest to others who are just as scientifically brilliant. In short, this is where the technophile goes to show off.

Let’s start with the nano-drone called Onagofly. This is a fully functional drone that can be controlled from a free smartphone app. It has 1080p full-HD video, GPS syncing and passive infrared sensors. What makes it nano is that it weighs in at under a third of a pound and is five inches at it longest side. It is scheduled to retail for around $200.

A fun showing at the CES came from Moff with their game playing wrist bands. In general, any of those wearable game console devices are a waste of energy when you can do the same thing with a little toggle. The people at Moff recognized this and made a wearable controller that is also an exercise device. Currently, they are used to play old-school classics like Pac-Man, but will probably come out with other game interfaces soon. The bands cost a very reasonable $55.

Go to the Press Releases

The technology industry is continually trying to outdo itself. The big companies put out press releases well in advance of the newest update. This way they can generate interest and hype in the product. Before the iPhone 7 was released, Apple put out their press release about two weeks before it was available. That was one of the reasons for the lines and fervor on its opening day. Like many of the big tech companies, Apple has a page on their website with all of their press releases. If you want to find cutting-edge technology gifts for your loved ones, comb through the newsroom pages of the technology that they love.

If you want to find the best technology then find the people who are funding it. Sites like Kickstarter and IndieGoGo are treasure troves of new inventions. Kickstarter lets you sort your technology filter by geography and what’s new. One of the nice things about Kickstarter is that it has a wide range of items under the technology tag.

At one end of the coolness spectrum is OTO, an audiovisual controller lets you put shape to your music. This is more than the disco-era lights that pulsed with the beat of the music. OTO is designed for the musician to be able to create a unique artistic performance to accompany the music. On the practical end is the SPUD visual display. It is a 24-inch computer screen that collapses like an umbrella.

To use Kickstarter for gift giving, look for projects that offer the device as part of the backing amount. Make sure that they are able to deliver before the holidays arrive, though be flexible as many products get delayed in the manufacturing process.