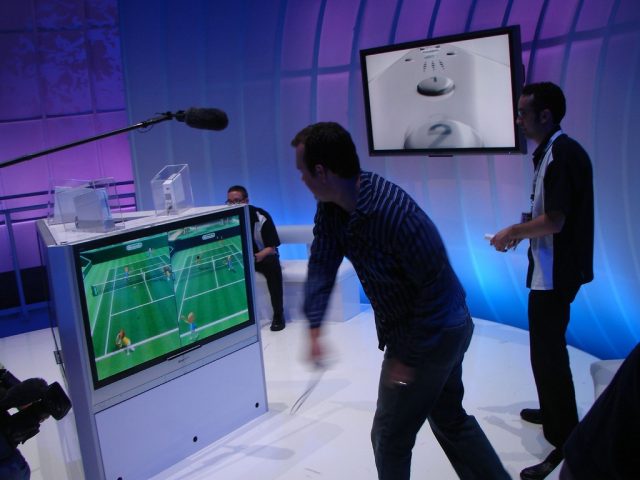 We’re nearing the end of the unofficial Year Of VR, during which we’ve seen countless headlines and video reveals about modern virtual reality devices. We’ve just about reached the point at which all of the major devices will soon be available for public consumption. It’s still expected that in the coming years VR will become very popular, and will bring about some incredible gaming experiences. However, we often slip up in analyzing the wave of VR by declaring that it’s something completely new.

In fact, there were VR gaming devices as far back as the ’80s! They were pretty terrible for the most part, and obviously none of them stuck around as the idea of VR gave way to more traditional gaming consoles. So we are seeing a sort of revival rather than something entirely new. But even setting aside the cheaper VR devices of the ’80s and early-’90s, we’ve actually seen several approximations of virtual reality gaming in the last five or ten years.

No, the Nintendo Wii was not a virtual reality console in the truest sense. There was no headset involved and there was no immersive 3D environment to get lost in. But the actual actions that players used to interact with some games were essentially what’s expected in a virtual reality environment. The idea that our arm and hand motions played out through the games themselves is part of the puzzle of VR. Indeed, one analysis of the current state of VR from just a few months ago pointed out that virtual reality gaming is more like the Wii than it is like the robust gaming of, say, the PS4 or Xbox One. In part, this was a comment on graphics and depth of gameplay, given that some of the leading VR games right now are a bit barebones, perhaps reminiscent of Wii Sports. It also speaks to the fact that right now VR is more about using physical action to impact a gaming environment tha
n it is about making that environment truly sensational.

There’s never really been much of a virtual reality component to online poker. Sure, some of the more advanced poker and gaming rooms have featured animations of cards being dealt, and if you get into it enough you can feel a little bit like you’re sitting at an actual poker table. In recent years this has changed thanks to the advent of live dealer table games. These game turn players’ computer screens into video feeds, which in turn show them various casino environments that, while not fully 3D or “wrapped around” the gamer as they would be in VR, are still deeper and more detailed than typical online poker screens. Even more impressive is that live dealers personally greet players as they arrive to these environments, and then start dealing cards and managing gameplay. It’s not exactly VR but it’s a deeply interactive style of casino activity, and certainly something that VR developers could mimic.

This is a small sub-category in mobile app stores, but there are a handful of games out there that ask players to interact without using their eyes—which simulates its own kind of virtual reality in a way. A Blind Legend may be the most recognizable title, and describes itself as an audio-only action/adventure game for mobile devices. The game is a story that uses “3D sound” to surround the player, who responds by tapping a screen. But there’s nothing to look at. It’s a different kind of immersion, but if you close your eyes or turn the lights off and put in some headphones, you’re diving into a game the same way people will look to with modern VR devices.

Again, none of these examples precisely meet our expectations of virtual reality gaming today, but they do show that various corners of the video game industry have been flirting with the idea of total immersion for several years now. Couple that with the fact that we saw VR devices decades ago, and it’s clear that the newer headsets are building on existing concepts more than pioneering new ideas.