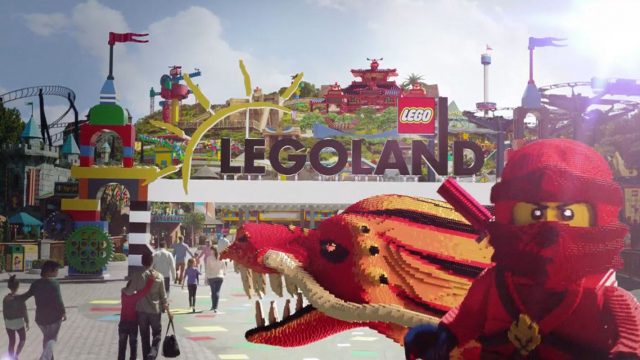 With the summer holidays approaching, finding things to do with the kids is never easy. Luckily Legoland has a new ride that is bound to get the pulses racing.

We visited Legoland in the Berkshire countryside to try out this ride. The park has recently celebrated its 20th year and has been brought bang up to date. As well as a Star Wars attraction bought in a few years back, Legoland now has the country’s first 4D hand gesture-controlled ride.

This sound complicated but it isn’t really, but what it is, is a lot of fun and very exhausting to grown-ups!

We got to the park very early, having stayed at an Airbnb place ten minutes from the park. As we attended an event put on by Legoland, we had the opportunity to try out the park’s Q-Bot, which allowed our family quicker access to rides. This makes the day better, as we were able to get on many more rides than would have otherwise been possible.

The park has several distinct areas, from the Pirate Shores with a ride that will swing you nearly 20 metres above the ground, to the Land of the Vikings, where you descend the rapids on t round boat getting a little wet in the process.

The new, main attraction for 2017 is Ninjago. It is the first in the UK to use 4D effects of heat, smoke and wind. On the ride, players can use their hands to throw fire balls, shock waves, ice and lightning, like the Ninjago characters in the cartoon. The Duplo Valley while aimed at smaller children is great for children of all ages; our kids certainly enjoyed cooling off midway through the day?

While we stayed off the park, you can also stay at the Legoland Castle Hotel. Prices start from £572 for a family room (2 adults / 2 children) including breakfast, access to the leisure and entertainment facilities at the Legoland Hotel, park tickets for two days plus Lego gifts and collectables.

All in all, a great day out and definitely should be on you summer holiday checklist. Find out more at Legoland.