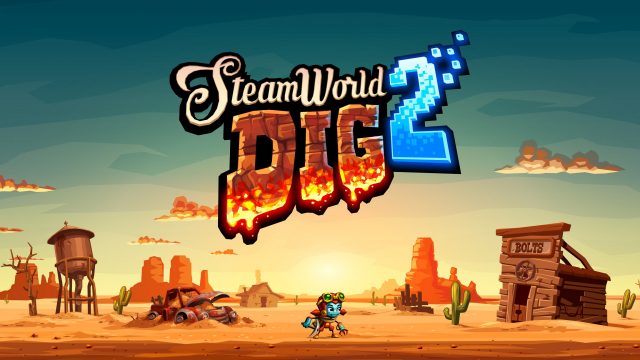 The best thing about the autumn/winter months is that the weather actively wants you to stay inside, the better to play new video games.  While 2017’s Christmas line-up isn’t looking quite as stellar as some recent years, there’s still an abundance of digital delights roasting our proverbial chestnuts.  So here, in some sort of date order, be they:

Spike Chunsoft’s deliciously twisted detective series, in which teenagers are forced by a psychotic robot teddy bear to murder each other and the survivors have to puzzle out the culprit – think Battle Royale meets Capcom’s Ace Attorney – returns in a sort-of reboot.  Last year’s TV show, Danganronpa 3: The End of Hope’s Peak High School, wound up the story of all the characters from the previous games (those who hadn’t died horribly, anyway) so this game will feature all-new characters as well as a fresh visual style to mark its proper PS4 debut.  The game was well-received on its Japanese launch back in January, so let’s hope the English translation is up to the previous instalments.

Marrying the historically accurate Total War series to Games Workshop’s tabletop flight of fantasy seemed like a fool’s errand, but last year’s Total War: Warhammer was quickly embraced due to being really rather good.  So, in quick-sharp fashion, here’s the sequel.  Expect more over-the-top real-time strategising and a more narrative-heavy singleplayer mode.

The long, long, long-in-development run-and-gunner, styled after 1930s cartoons, is finally due out at the end of the month.  With its meticulously crafted graphics, taut gameplay and near-constant bosses, it will hopefully be worth the wait.

Yes, you read that console listing right.  The 29th sees Nintendo release its SNES Mini; much like last year’s NES Mini, it’s a plug-and-play miniature recreation of the original classic console with some cherry-picked titles built in.  Unlike the NES Mini, though, the SNES Mini has a few special offers up its sleeve, such as games that never saw a European release, like EarthBound, but the real treat is Star Fox 2.  This sequel to the 1993 classic was near-as-dammit finished in 1995 but ultimately canned as Nintendo feared it wouldn’t match up to the software coming out for the PlayStation and Sega Saturn, as well as their own N64.  While prototype ROMs have been available for use on emulators for years, and several of the game’s ideas were later recycled into other Star Fox titles (notably 64, Command and Zero), this will be the first time this legendary lost game will be legally, completely, available to play.  A new SNES game in 2017.  Fancy.

The latest in Xbox’s signature racing series adds in dynamic weather from the Forza Horizon spin-off series and boasts over 700 cars.  The big news, though, is that it was developed alongside the Xbox One X hardware and is arguably the main showcase for Microsoft’s forthcoming upgrade.  It does look lovely, you know.

This charming-looking platformer, a throwback to the N64 and GameCube days, has been funded through Kickstarter and worked on for several years (it was originally intended for a 2013 release).  Hopefully, October should finally see the launch of Hat Kid’s adventures to defeat the nefarious Moustache Girl.  You can’t hate a game with character titles like that, can you?

Assassin’s Creed: Mordor was not a game anyone was crying out for, but 2014’s Shadow of Mordor proved an unexpected hit thanks to its innovative Nemesis system, wherein the various orc lieutenants you were after would remember encounters with you and squabble amongst themselves when you weren’t there.  The plot sees you forge your own Ring of Power, which will doubtless have Tolkien purists foaming at the mouth, but honestly we’re just interested in more Mordor-based power plays.

5pb’s acclaimed Science Adventure series of visual novels are little-known outside of Japan, with only the two main Steins;Gate instalments getting a worldwide release.  But their success has led to the translation of this 2014 game (the anime adaptation of which is already available over here).  The plot certainly sounds intriguing – a delusional high schooler takes it upon himself to investigate a series of strange and gruesome murders.  Hopefully, the fact that this is actually a sequel (previous game Chaos;Head remains untranslated) won’t restrict its appeal.

Just in time for Hallowe’en, Shinji Mikami’s survival horror gets a sequel, although Mikami won’t be directing this time around.  Set three years after the first game, detective Sebastian Castellanos returns to find his daughter, who it turns out isn’t dead after all.  If the first game’s anything to go by, he’s not going to have an easy time of it.

The much-delayed sequel to 2014’s brilliant The Stick of Truth should finally be with us on October the 17th.  Once again you play the New Kid, on a tongue-in-cheek RPG quest, but this time the theme is superheroes rather than fantasy.

The legendary petrolhead sim finally arrives on PS4.  It may not have anywhere near as many cars as rival Forza 7, but it does have eSport tie-in modes and limited VR support.

The latest mash-up of Omega Force’s long-running Dynasty Warriors series with another game.  Nintendo’s strategy RPG series Fire Emblem is a better fit than most, what with its hundreds of characters and quasi-medieval feel.  Plus, the last time Nintendo and Omega Force teamed up we got the really rather good Hyrule Warriors, so this should be simplistic but fun.

Having taken a year off, Ubisoft’s assassination simulation returns and wheels the clock back to ancient Egypt, putting you in the sandals of Bayek, a Medjay (the Pharaoh’s paramilitary police force) who ends up founding the order of Assassins.  Gameplay looks much the same, but fighting has had a major overhaul.  Plus, let’s face it, climbing up the Pyramids and jumping off the top into a conveniently placed hay cart will be great.

This looks like a stupid amount of fun.  Mazza’s full-blooded console efforts are always a delight, but Odyssey looks exceptional even among such rarefied company.  Returning to the open-ended exploration of Mario 64 and Mario Sunshine, the big new trick is Mario’s sentient hat that can be used as a stepping stone or to possess almost any enemy or NPC in the game.  Additionally, we’ve had the theme song stuck in our heads for about a week.

This is actually the tenth Wolfenstein game.  It’s also the third by Swedish developers MachineGames and either the fourth or fifth in the same narrative arc, we’re not actually sure.  Gaming titling conventions, everyone!  Anyway, this direct sequel to 2014’s The New Order sees not-dead-after-all hero BJ Blazkowicz return to his homeland, the good ol’ US of A, which is now firmly under Nazi control.  (We’ll let you insert your own satirical comments here.)  It looks set to follow on New Order’s distinct blend of emotional storytelling and shamelessly over-the-top video game nonsense.   (Side note: the 27th’s a busy old day, eh?)

Yes, really.  Hey, in a year that saw a Crash Bandicoot remaster trilogy take pretty much all the summer’s money and Sonic suddenly become relevant again thanks to the brilliant Sonic Mania, why not a return for Bubsy the Bobcat as well?  Let’s be honest, this will almost certainly be dreadful.  But it probably won’t be Bubsy 3D-level dreadful.

After several years of COD getting further and further away from reality, and less and less popular as a result, they’ve reinvigorated the series by, um, going back to its original setting.  As is now the case for really big multiplayer games, there are various pre-order bonuses of increasing complexity depending on who you pre-order with and honestly, we can’t be bothered to make head or tail of it.  Guns go bang, whatever.

Remember how we were talking about Sonic suddenly being relevant again a minute ago?  Well, here comes Sega to put a dampener on that.  To be fair, this latest effort in making hog-boy fly in 3D is taking its cues from 2011’s enjoyable Sonic Generations, having “Classic Sonic” and “Modern Sonic” work together, but…well, can’t we just have Sonic Mania 2 instead?

The twenty-third (!) title in the NFS series sees developers Ghost Games, who have helmed the franchise since 2013, return.  This time around it’s an open world design with three playable characters, focusing on “action driving” to pull off elaborate Fast and the Furious-style sequences.

There’s a new Star Wars film out this year, you know.  And as such, a big gaming tie-in, namely a sequel to 2015’s highly enjoyable squad-based shooter.  This time around, you can expect more content from the prequel and sequel trilogies, as well as a proper single-player mode.  Additionally, all DLC this time will be free, provided you sign up for a free EA account.

After Guildford devs Supermassive Games landed a surprise hit with horror game Until Dawn in 2015, they produced cheerfully schlocky shooter spin-off Until Dawn: Rush of Blood for PS VR last year and have now split the difference – this is a prequel to the original game, presented in survival horror style, that can be played in VR if you so wish.  Just the thing for horror fans who’ve completed Resi 7 too many times now.

The latest from Life is Strange devs Dontnod is certainly intriguing.  Set in London during the 1918 Spanish flu pandemic, it casts you as a doctor who’s been turned into a vampire and pretty much lets you loose to do as you will.  Follow the Hippocratic Oath and make sure you do no harm?  Embrace your vampiric nature and drink deeply of everyone you come across?  Up to you.

A direct sequel to the 2011 Wii classic, unlike 2015’s Xenoblade Chronicles X, which was more of a spiritual successor.  It returns to the worlds-on-the-back-of-giants theme of the first Chronicles, but this time there are lots of giants –and thus lots of worlds – rather than just two.  However, the trailer included as part of the recent Nintendo Direct made the apparently streamlined combat seem more confusing than ever, so we’re a little unsure on this one.

An intriguing sort-of survival horror, with a cheerfully sinister tone, this sees you try and sneak into your neighbour’s basement to uncover his mysterious secrets.  The game’s AI will cause the neighbour to learn your playstyle over multiple attempts and adjust his reactions accordingly.  Rear Window: The Game, if you will.

So, that’s plenty variety-wise to keep us entertained.  (Honestly, October the 27th’s releases would probably do that by themselves.)  Here’s to thoroughly miserable weather keeping us all firmly indoors!