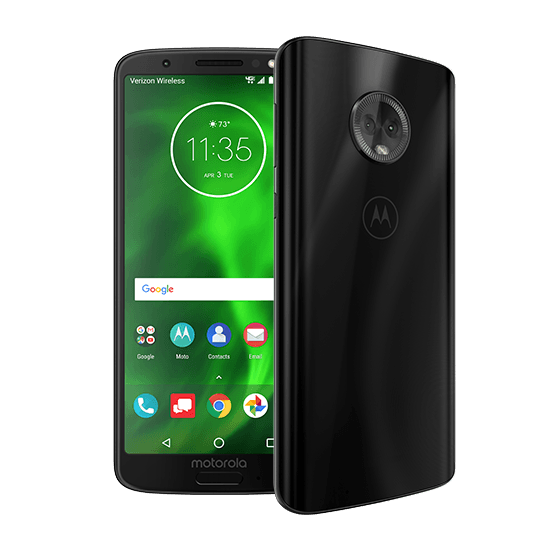 Motorola may have been around the block a few times (and changed ownership more than once) but it keeps on producing phones.

Nowadays, many of its phones are aimed at the lower end of the market. The Motorola G6 is no exception.

It is a good looking and well-specified phone. Specs-wise it has a Gorilla Glass 3 front and back, aluminium frame as well as a p2i water-repellent nano-coating. This is shiny and very slippery.

The front camera is rated at 8MP with a f/2.2 lens. It has [email protected] video recording and a LED selfie flash. A large grille covers the earpiece on top, bordered by the 8MP selfie camera and the LED flash.

The Moto G6 comes with a 12MP+5MP camera grouping on its back. the 5MP module is used for depth detection.

The battery is rated 3,000mAh and has a Turbo Charge 15W. This will charge from zero to 43% of a low battery in 30 minutes, while it will take about 80 minutes for a full recharge.

There is also a Fingerprint reader in the Home button – it’s always-on, fast and accurate. It can be used to unlock the phone.

Out of the box is comes with a standard USB Type-C cable, a 15W TurboPower charger, and a transparent rubber case. There are no headphones inside the Moto G6’s box, but you can use any pair thanks to the available audio jack.

When reviewed it was running Android 8.0 Oreo. It is almost indistinguishable to what you would see on a Google Pixel device.

Overall, the Moto G6 does handle high-intensity tasks and doesn’t get hot in use. Whether it is future-proof for tomorrows demands and operating systems is anyone’s guess