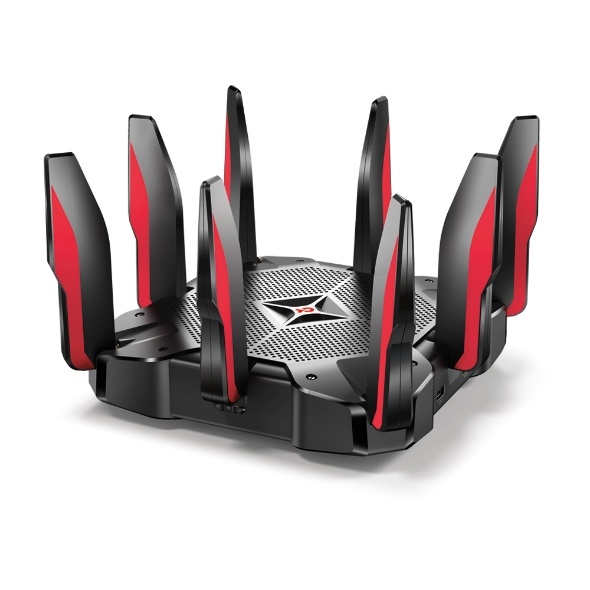 In recent years, gaming devices are a new growth driver for manufacturers of computers and related equipment, because the most interesting technologies often concern gaming devices. And if we are accustomed to gaming laptops, components and accessories, then manufacturers of more “distant” peripherals are not in a hurry for trends. However, sooner or later it should have happened, so the appearance of “gaming” routers should not be surprising

Archer C5400X, the first gaming router from TP-Link, comes with a full-featured 1.8GHz quad-core CPU, 8-pole antenna and LAN 100/1000. The other 8 channels are available for both LAN and Wi-Fi.

TP-Link Archer C5400X has different modes to order speeds for video games and video playback, and a device management mode called Smart Connect that identifies the best Wi-Fi band for all connected devices.

It also uses Smart Connect to identify optimal Wi-Fi band for every device and steers them to the right band by intelligently balancing load to deliver peak performance, the company claims. Also, it uses MU-MIMO and Airtime Fairness to manage the Wi-Fi needs by maximising total throughput and minimising delays. The C5400X router comes with RangeBoost technology to provide better reception quality and sensitivity from a distance.

The link aggregation feature that is claimed to double the speed of the signal, from 1GB to 2GB, allows data transfer to be faster.

Louis Liu, CEO of TP-Link, said in a statement, “Archer C5400X is our most powerful gaming router yet, made to power the performance that gamers need and give your gaming rig the boost it deserves. This feature-rich router is designed to connect more devices with speed and precision to maximize throughput and minimize delays whether you’re gaming on your own, with family or hosting a LAN party with friends.”