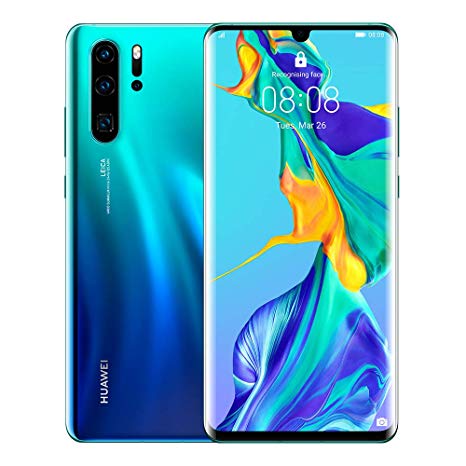 Huawei has launched not one but two smartphones: the Huawei P30 and the super deluxe P30 Pro. But is the Pro worth the extra money?

Huawei phones usually follow a well thought-out recipe. The most beautiful OLED panels, the most powerful specifications and the most versatile cameras. However, prices can be expensive, the software comes with ads, and there are other unnecessary irritations such as NM memory cards and the removal of a headphone port.

But this P30 Pro smartphone takes photography to a new level. Huawei entered into a partnership with Leica a few years ago, after which the company took major steps in the field of smartphone cameras. With last year ‘s Huawei P20 Pro there was finally a connection with other manufacturers, the Huawei P30 Pro leaves the competition behind in terms of photos and possibilities.

On the back of the smartphone, there are four lenses, three of which are incorporated in an oval-shaped part: the main sensor of 40 megapixels, a wide-angle camera of 20 megapixels and at the bottom of the oval is a striking telephoto lens deep in the housing appears to be processed. That is because he makes a turn in the device like a periscope so that zooming is made possible through built-in lenses. There is a TOF sensor (Time Of Flight) and laser autofocus, to be able to properly measure depth and distance. This is a welcome addition to both zooming in and portrait mode.

The camera has an extremely high light sensitivity (ISO value) and the main lens has a low aperture. In theory, this means that the camera can still see much in low light conditions. The P30 Pro is also equipped with automatic object and scene recognition, just like the P20. This means that the camera is able to apply the correct settings and software-based operations itself because the smartphone recognizes what is on screen. All nice and nice, but how does the camera work in practice?

It is the best and most versatile smartphone camera that you can get right now. Especially when shooting at night or in dark environments, the photos are amazing: even in automatic mode (and not in night mode), the camera sees everything down to the smallest detail, while your own eyes only underestimate contours.

Optical zoom was another reason for the Huawei P30 Pro to buy a compact camera. Due to the physical limitations of a smartphone, it was always difficult to build in. Manufacturers such as LG, Apple and Samsung were able to partly solve this with multiple camera lenses such as a wide-angle lens and a macro lens. By changing the lens, you can shift the focus without any loss of quality that digital zoom offers. The P30 Pro has a wide-angle lens, normal lens and the zoom lens. This zoom lens can zoom in 5x and 10x optically, further zooming in is also possible. But then you are dealing with digital zoom, which zooms in up to 50x. Of course, you notice quite a bit of quality loss, but the results are still quite impressive. And also surprising that Huawei has made this possible in a thin smartphone.
Build

The construction, which is very similar to the P20 Pro from 2018 and is also watertight (IP-68). The difference can, of course, be seen in the cameras on the back, but the screen notch on the front is also somewhat smaller. However, the construction remains somewhat generic, despite the fact that you can get the P30 Pro in beautiful colours. Don’t let that distract you, because a cover is really necessary. A glass case is vulnerable and sensitive to greasy fingerprints.

The OLED panel has a high full HD resolution and brightness and can display colours beautifully. In short, a welcome addition to the beastly good camera. The screen, and therefore the device, is large: 6.4 inches. Huawei uses a screen ratio of 19.5 by 9 to make the P30 Pro pocket-resistant.

The screen edges on the sides are slightly curved. The screen notch on the top is drop-shaped, and therefore somewhat smaller.

for those who like to unlock the smartphone with face recognition a disadvantage: there is a single camera in the notch. No depth sensor or second camera, so the front camera cannot measure depth, which is very safe.
Fortunately, there are other unlocking options. Also, biometric, such as a fingerprint scanner. This has placed Huawei at the front of the P30 Pro, behind the screen.

It is the camera that makes the Huawei P30 Pro revolutionary, especially photography in the dark and optical zooming makes the P30 Pro the best camera smartphone. However, you have to settle for disadvantages that are so unnecessary: EMUI, the lack of the headphone port and NM memory cards.