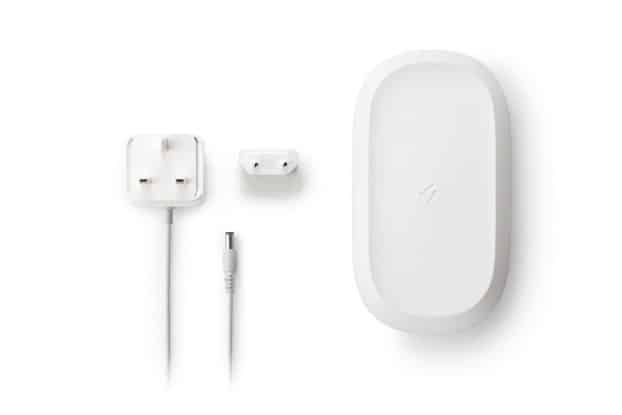 The iXpand Wireless Charger supports fast wireless charging for Qi-compatible iPhones and Samsung and other phones while automatically backing up full-resolution photos and videos.

It is a big charger. Both taller and wider than an iPhone X, measuring in at 7 inches by 4 inches, and more than half an inch thick. It has a rubberised anti-scratch surface and also comes with a non-slip base.

The white-coloured device comes with a mains power plug and long cable. Once powered up, you can download the app to make sure you can use all the chargers functionality. Then you place your phone on the charger and it will start charging.

It won’t start any backup until you have 20 per cent charge. Both charging and back up activated by the Bluetooth connection between the phone and charger.

In working, it backed up all of the pictures, videos and even contacts, however, the first backup is much longer to finish. Subsequent ones should be shorter.

The 10W charger means that it recharges fairly quickly, even with a phone case on the phone.

This can be a great solution for users who prefer having local copies of their data as a replacement to or in addition to iCloud or Google Photos. For those that don’t use cloud storage on iPhone or Android, the iXpand Wireless Charger makes perfect sense.