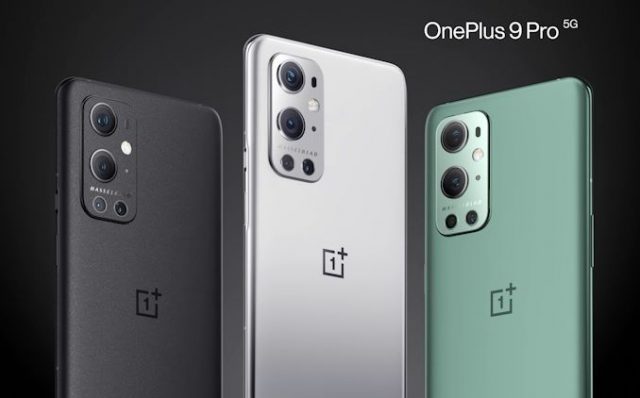 Huawei has been working with Leica for a few years and Motorola has already launched a Hasselblad camera module. Collaboration with a renowned camera manufacturer is nothing new in the smartphone world. OnePlus has collaborated with Hasselblad for the OnePlus 9 and 9 Pro. That seems like a clever idea at least from a marketing point of view. OnePlus has increasingly shifted to the high-end over recent years, meaning that a great camera is necessary, if you want to succeed in that area.

Let’s face it, OnePlus is not known for the absolute best smartphone cameras, although there has been a lot of improvement in recent years. In addition to the new camera, the specifications are looking better. Both devices have the same hardware in many areas, such as the new high-end Snapdragon 888-soc with the fastest storage and the fastest working memory, a larger vapour chamber than before and 65W wired charging with a charger that is included. It is also striking that OnePlus 9 devices are not only available in assorted colours, but also different finishes. There is a matte version, a model with a slightly glossier back and a version with the beloved sandstone back of the OnePlus One. However, the latter is only available with the OnePlus 9 Pro.

There are also differences. In addition to a more extensive camera system with a telephoto lens, the OnePlus 9 Pro has faster wireless charging, a screen that deflects towards the edges and an LTPO screen with variable screen refresh rate, higher resolution, and more colour depth. Prices also differ, but have not increased. The basic version with 128GB of storage and 8GB of RAM of the OnePlus 9 costs 699 euros and that of the OnePlus 9 Pro costs 899 euros, just like their predecessors.

The design of the OnePlus 9 devices builds on that of the OnePlus 8T but is different. The camera island is again at the top left of the back and its design is in line with the trend of a flashier island with striking lenses. The primary camera and ultra-wide-angle camera are surrounded by a shiny bezel. It illustrates what OnePlus wants to radiate: that it is proud of the cameras and the collaboration with Hasselblad. The name of this camera manufacturer is therefore big on the camera island.

There is not much innovation in other areas. The front camera is still behind a hole at the top left of the screen, the volume buttons are on the left and the power button and notification switch on the right. The design of the loudspeaker grille has remained the same and the various other parts are in the same place. The front and back are also still protected by Gorilla Glass 5. In that area, the devices are starting to lag the competition, which increasingly has Gorilla Glass Victus, or version 7. In addition, the OnePlus 9 has a plastic frame. As a result, the device feels slightly less sturdy when bending than the other recent high-end OnePlus phones, but we are not afraid that you will break it in two.

The screen is one of the spearheads of OnePlus. It’s number two, after the camera. The Oneplus 9 has an OLED screen with a limited resolution of 2400×1080 pixels and a pixel density of 402 pixels per inch. That is equal to the specifications of the Samsung Galaxy S21 + and the same story applies here: if we look very closely and stare at the screen at the minimum distance at which our eyes can still focus, we can see the difference between this screen and a 1440p screen. For example, the edges of icons are a bit more angular. At a normal viewing distance, however, we do not notice that it is ‘only’ a 1080p screen.

The OnePlus 9 Pro has an OLED screen with a resolution of 1440×3216 pixels and a pixel density of 525ppi. That’s sharp enough anyway. The screen ratio of 20: 9 on both devices is in line with what the competition offers. Both screens have a 120Hz screen refresh rate. That is a maximum, but there is a significant difference between these devices.

The OnePlus 9 and 9 Pro both have the same battery capacity as the OnePlus 8 Pro and 8T, namely 4500mAh. You would therefore expect the new devices to last about the same time. The screen of the OnePlus 9 Pro should also ensure that the device switches to more efficient refresh rates than the OnePlus 9 does with its regular LTPS screen. However, the OnePlus 9 has a lower maximum resolution, which we also set in our battery tests.

Fortunately, the OnePlus smartphones charge quickly, and the OnePlus 9 and 9 Pro are no exceptions. The manufacturer has decided to include a fast charger. You don’t get this as standard when you buy a Samsung Galaxy S21 smartphone or iPhone. It’s a Warp Charge 65T charger, just like the OnePlus 8T. Because the battery consists of two cells, it can be charged faster without encountering problems. The charging process has been optimized according to OnePlus. The two battery cells have lower resistance and the charging algorithms have been tinkered with in both devices.

The OnePlus 9 devices are again pleasant smartphones to use. This is mainly because the foundation is still solid. The software is still nice to use and offers a smooth experience, the Snapdragon 888, together with several other excellent specifications, ensures fast performance and the screens of both devices are good for their price range. The OnePlus 9 Pro has an adaptive screen refresh, a 10-bit colour depth and a higher resolution, but these are slight differences in practice.

Still, we are a bit disappointed with the devices. This is because the promise of better cameras is only partly fulfilled. The primary camera of both devices does not always show the desired quality for this price level, whereby it is quite shocking that the OnePlus 9 no longer even has optical stabilization. In addition, the front camera is mediocre, and the camera of the OnePlus 9 Pro is fine, but not great. You can also take less beautiful macro photos with the devices than with the OnePlus 8 Pro. Fortunately, on the other hand, the ultra-wide-angle camera on both devices takes a big step forward and that it beats the competition.

What we can also appreciate is that the haptic feedback feels particularly good and is nicely processed in the software and that the stereo speakers sound a lot better. Of course, we should not forget the 65W fast charging with the supplied charger and the OnePlus 9 can now charge wirelessly, where its predecessor could not. The OnePlus 9 Pro goes a step further with 50W wireless charging when you at least buy the wireless charger of 70 euros.

A strange choice is the lowering of the fingerprint scanner behind the screen. He is now more difficult to reach. Gorilla Glass 5 is a bit older, and several competitors already have Gorilla Glass 7 (or Victus) on the front and back of their devices. Unfortunately, the battery life is also disappointing, which certainly does not help our overall assessment of these devices. With this, OnePlus will not win the battle for the average consumer. The OnePlus 9 devices are therefore again especially suitable for a niche segment.