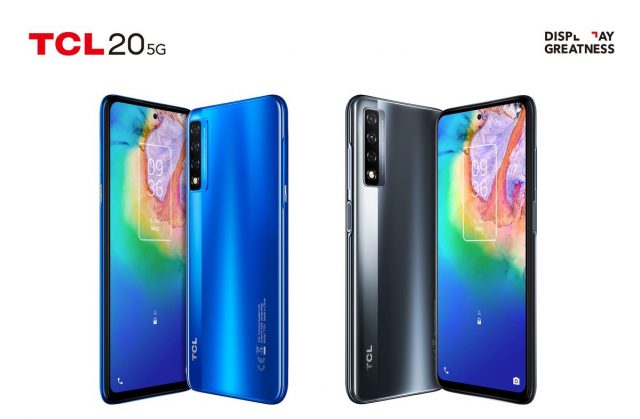 Although the manufacturer here already released smartphones under the Alcatel brand, they are the first phones to be sold here under the TCL brand.

What is TCL aiming for and where do these phones excel? Does this manufacturer focus on value for money, like Xiaomi? Or speed, such as OnePlus? If we rely on TCL’s press release, this newcomer wants to excel with the screen of its devices. The Chinese manufacturer does not make screens entirely by accident and is a major player in the global market in that area. One of TCL’s spearheads is its proprietary Nxtvision screen technology. This must ensure true colour reproduction with high maximum brightness and contrast.

In addition to the hardware, the software is of course especially important, because a nasty Android skin can turn a well-equipped smartphone into a dragon of a device. In addition, it is interesting to know how good the support is. We have extensively tested and used the TCL 20 SE and 5G.

They are not small, these TCL machines. The TCL 20 SE is a big and thick phone. The use of plastic for the back ensures that the weight remains limited. The back of the 20 5G is also made of plastic. With that device, the back bends at the sides, which makes the design slightly more elegant.

The two smartphones have a similar design language, which makes them recognizable as TCL phones. For example, the camera island – which fortunately does not protrude very far – has a similar design and an edge runs over the devices on the left, which reflects the light slightly differently than the rest of the back. Unfortunately, it does not matter for finger swipes, because you can quickly see them all over the back on both devices. That will be cleaning or use a cover of course. The light does break in a wonderful way on the back of the smartphones.

On the front of the devices, it is striking that the 20 SE has a drop notch and that the front camera of the 20 5G is in a hole at the top of the screen. The 20 SE has larger bezels than the 20 5G and the proximity sensor and ear speaker are in a narrow border above the screen on both devices. The 20 5G has a fingerprint scanner on the side of the phone, in the power button, while the 20 SE has it old-fashioned on the back.

There is nothing wrong with that. We prefer a good scanner on the back or side to a mediocre scanner behind the screen. Both fingerprint scanners work smoothly, although they are sometimes faster than other times. That will depend on the software.

As mentioned, the screens are the spearhead of the TCL smartphones. In any case, the screen size is decent, so if you like that, you’re in the right place. If we look at the resolution, there is not much to see. The TCL 20 SE has a 720p LCD and the TCL 20 5G a 1080p LCD. This is common for the price ranges in which they fall. The pixel density of the SE comes down to 263 pixels per inch with the 6.8 “screen size. That means you can distinguish the pixels if you look closely. The 5G doesn’t, as it has a pixel density of 395ppi.

The TCL 20 SE has four rear cameras and the 20 5G has three. We see a macro camera with only 2MP on both devices, which we encounter more often. The 20 SE also has a depth camera. We are of course more interested in the primary camera and the ultra-wide-angle camera. The latter has quickly found its way to the budget class, while of course, it has been on high-end models for a few years. We can go into a lot of detail about the sensors and apertures here, but the exact specifications are not remarkably interesting in these segments.

The TCL 20 5G and 20 SE may look similar in appearance, but they are different critters when it comes to hardware. The SE therefore only costs half of what you pay for the 5G. The cheaper TCL phone contains a Snapdragon 460.

In terms of memory configurations, the TCL 20 5G is a bit above the competition. In this price range, there are few devices with 256GB storage, and 6GB of RAM is common and fine. The TCL 20 SE has 4GB of RAM and 64GB of storage. That storage capacity is twice as large as some other devices in this price range. That can be better. The devices have a USB 2.0 Type-C port. About every phone with a price tag under three hundred euros has that. GPS, NFC, and Bluetooth are also available. The TCL 20 5G has the slightly newer version 5.1, just like most devices in its class.

A budget smartphone, or one from the middle class, does not have to be inferior to a high-end device in terms of battery life. You often come across a good battery life with larger devices. Often the extra energy that the screen draws is less than the extra energy that can be stored by the larger battery capacity. The cheaper TCL 20 SE with 5000mAh has a larger battery capacity than the 20 5G, which has a capacity of 4500mAh.

For example, both phones have disadvantages that ensure that they are not recommended unless you are very aware of those disadvantages and find the advantages excessively important. Fortunately, there are, as you have been able to read. TCL still needs to tinker with its devices, so that something really stands out that they are better at than prize mates. That is not the case now. As a result, it is a bit vague what kind of smartphone manufacturer TCL wants to be and which audience the brand wants to attract.